Removal of children by force, towards the definition of national guidelines 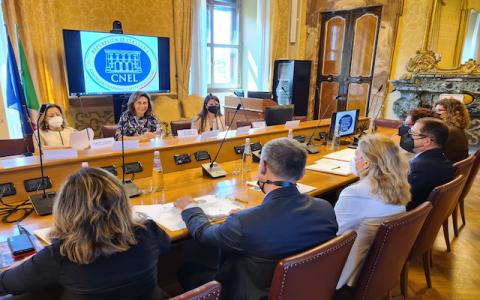 The definition of guidelines to be applied uniformly throughout Italy for the removal of children with the assistance of the police following a court order or urgent referral. This is the objective of the working table promoted in recent weeks by the Authority for Childhood and Adolescence (Agia) within the framework of the protocol endorsed by the Ombudsperson itself, Carla Garlatti, the Chief of Police and Director General of Public Security, Lamberto Giannini and the president of the Association of Social Workers, Gianmario Gazzi.

In view of the recent Cartabia reform, which addresses the issue of removals with greater care and sensitivity, the aim is to define the executive aspects of the procedures so that they are implemented with full regard for the rights of the girls and boys involved. In this regard, the first activity of the round table will be the identification and definition of cases in which the involvement of state power is imperative, bringing an interdisciplinary approach into the system: there is no lack, in fact, of good practices and guidelines developed over time both by social workers and by the State Police in agreement with the Supervisory Authority.

Thus the need to collect the most significant experiences, including agreements reached locally, and to hold hearings among magistrates, lawyers, police forces and operators in order to arrive at uniform guidelines throughout the country. The promoters also hoped that the work of the round table would produce a useful basis for the formulation of a legislative initiative to regulate removals requiring the intervention of the police, making interdisciplinarity a rule.

Other materials and news can be found on this site under the topics "Italian Ombudsperson for children (AGIA)" and "Children and rights", which can be reached from the "Topics" navigation menu.