The challenges of reconciling family and work: thematic path 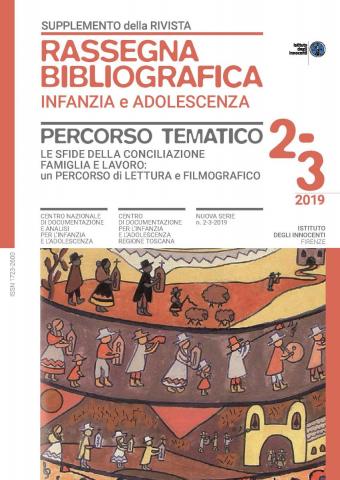 The reading path of this issue was edited by Sara Mazzucchelli and Maria Letizia Bosoni - Researchers in Sociology at the Catholic University of Milan, respectively at the Faculty of Psychology and the Faculty of Education Sciences. Based on the contextual data on the decline in the birth rate, the increase in families with only one child and other demographic changes (ageing of the population), the authors draw attention to the fact that the issue of reconciling family and work is far from resolved and is on the European political agenda. It is now beginning to be considered as a life-long task, which no longer affects only parents with young children but concerns various family transitions (young children, school-age children, adolescents) and intertwines generations.

The author of this filmographic journey, Annamaria Poli - Researcher and Lecturer in Cinema and Visual Arts at the "Riccardo Massa" Department of Human Sciences for Education of the University of Milan-Bicocca - immediately reveals that in the history of cinema, the theme of policies of reconciliation, told in a specific and exhaustive way, seems to be almost absent. Each film, quoted in chronological order, recounts and reiterates how in the space of more than a century the female condition has not undergone any major transformations.