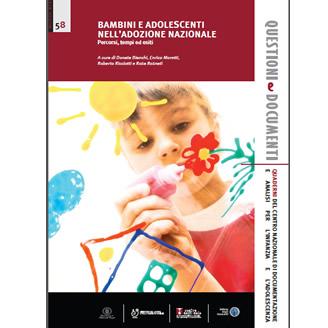 Notebook 58 of the National Centre reports the results of a survey on the paths, times and outcomes of the national adoption process. The picture taken by the research concerns a part, albeit substantial, of the children adopted in our country, namely those children whose state of abandonment has been ascertained, followed over a period of 7 years, from 2006 to 2013.

The first chapter provides an overview of international research on the subject, the second contains a brief description of the domestic adoption process, the third deals with the juvenile courts involved in the research, the fourth and fifth report the results of the research (focusing respectively on Article 11 and Article 12 of Law 149/2001), and the sixth draws conclusions.