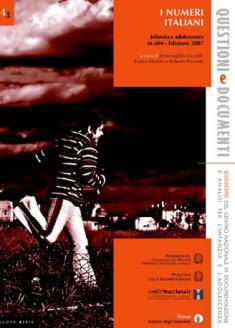 After years of steady decline, the birth rate is rising again in Italy. It is increasing especially in the north and a little less in the center of the country. The demographic decline seems to have temporarily stopped and according to 2005 data, children have reached 9,979,005.

Births are rising slightly and slightly far from the 1995 minimum fertility rate of 1.19 children for woman, even if far from the so-called baby boom, when the average number of children for woman was 2.7. The recovery is also due to the increasing presence of foreigners in Italy: their contribution to births now exceeds 9% of the total and the number of resident foreign children amounts to 5% of the child population.

These are some of the data that appear in the 2007 edition of The Italian numbers of childhood and adolescence, a volume edited by the statisticians Ermenegildo Ciccotti, Enrico Moretti and Roberto Ricciotti.

With indicators on 21 thematic areas, the text offers the reader an interesting and modern cross-section of the country of Italy, testifying to the changes and underlying dynamics that have the younger generations as protagonists.