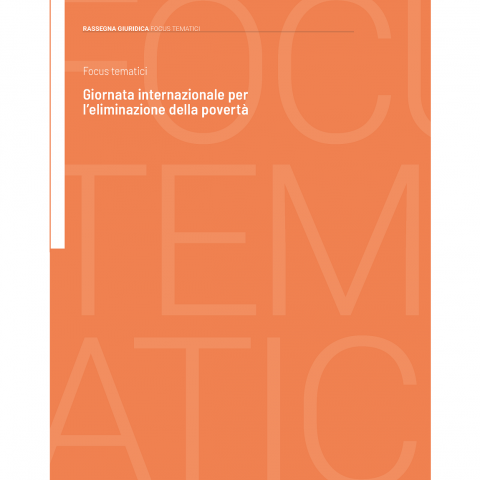 Fighting against poverty. A legal framework

Poverty is a problem that affects all areas of the world: from the less developed countries, which are certainly the most affected, with very high rates of extreme poverty among the population, to the more developed countries, where poverty is anything but eradicated, especially among the most fragile groups (children, the elderly, immigrants) and in the most peripheral and rural regions.
Hence, the importance of the International Day for the Eradication of Poverty, established by the General Assembly of the United Nations with the Resolution of 22 December 1992, A/RES/47/196, dedicated to the fight against what, to this day, remains an unresolved global challenge and, at the same time, represents an opportunity to recognise human rights, the problems of the poorest people and to listen to their voices.